Perspex Sneeze Screens were not a product we thought we would be manufacturing this year. What a year it has been! Never in the 27 years of business has GJ Plastics seen such a roller coaster ride. 2020 has certainly had its ups and downs. As we approach 2021, no one can be certain of what the future holds.

Way back in January all seemed relatively normal; the Christmas turkey had just about digested. We had all put a few pounds on over the festive period. January was a steady start, as it often is, as we ease into the New Year and make preparations for the busy times ahead. There were a few murmurings about a killer virus in China.  However, we had seen it all before with Swine Flu, Bird Flu and the like and no one was really paying that much attention to any problems in a distant land.

Moving forward into February and the rumblings were growing. We had confirmed cases in Europe, and inevitably we had now seen our first cases in the UK. It was business as usual for GJ Plastics, Dump bins for a national park authority, event banners for a local school and even a large order of printed foamex boards for an exhibition company. Unfortunately, the latter never got to see the venue as the event at the end of March was cancelled not long after they were delivered.

February always seems to be a short month, even though it’s only 2 or 3 days shorter than the rest. March was quickly upon us, and it was now evident that this virus was here to stay and that this wasn’t going to blow over like the aforementioned bird or swine flu. March was the month when the nightmare turned into reality, and we saw events cancelled for the first time. It was the first time that Covid had directly affected GJ Plastics. We saw orders cancelled and quotes no longer needed as events, festivals and exhibitions all fell by the wayside. We have been lucky enough to print correx boards for the Cheltenham festival, jump racings showpiece event in years gone by. This turned out to be the last major event held in the UK.

When I used to speak to elderly relatives as a child, they can remember exactly where they were when Neville Chamberlain announce our involvement in World War 2. They remember where they were when JFK was fatally shot. In more recent times, I can remember delivering the morning papers at 4 pm, following Diana’s death in the early hours of a Sunday morning. Who can forget the awful images of September 11th and the 7/7 London bombings? Key historical and tragic events ingrained into our brains.

Well, March 23rd 2020 will become one of those timestamps in History in the UK. Millions of us tuned into Boris and his lockdown news. The UK public is told that they will only be allowed to leave their homes for limited reasons. Including food shopping, exercise once per day, medical need and travelling for work when necessary.

Having lost 80-90% of our sales, we had no choice but to take the Government upon their Furlough scheme. It was challenging to have meetings with staff, not answer some of their questions or even put their minds at rest over their job security. We left a skeleton crew in the office and factory to allow us to keep ticking over as we were just about seeing some green shoots of orders trickling in for plastics and indeed Covid sneeze screens.

Fast forward a few weeks. It was becoming much clearer that to get out of lockdown and businesses up and running and most importantly, safe; they would need sneeze guards. By mid-April/beginning of May, the company did a complete 360. We went from a couple of orders a day to 5, 10, 15 an hour on some occasions, almost overnight. This meant we were in the fortunate position to bring all staff members back off Furlough. Even the print department had picked up a little, and we were busy printing floor graphics, vinyl stickers, PPE signage and roller banners. Screens became our lifeline, and it felt good to help with the spread of Covid. Allowing other businesses to open after lockdown and keep their customers and employees safe.

May and June went by in a blur, record months for our fabrication department. Helping to ease the print department’s losses, usually busy printing for major sporting events, festivals and exhibitions throughout the spring and summer and well into autumn. We even managed to utilise most of the print team in the fabrication department. So they certainly added some strings to their bows. To meet demand at one point in June, we ran from 4 am to 10 pm each day to get through the orders. Even with these extended hours, we still had to turn some orders away.

Our Perspex Sneeze Screens have to be manufactured and sent all over the UK. From Cornwall to Aberdeen, Cardiff to London and everywhere in between. We even purchased a brand new laser cutter from HPC lasers, which allowed us to increase our cutting capacity. We wasted no time getting it installed and had it cutting screens within a couple of hours of it arriving.

By July it was still as hectic as ever, but now significant acrylic shortages were becoming apparent. Our suppliers were struggling to keep up with demand. We were now seeing deliveries being made with only half or a quarter of the stock we had ordered. As an approved fabricator with Perspex, they did their very best to get as much acrylic to us as possible. It was a very challenging period for all the sheet manufacturers to cope with unprecedented levels of demand.

We are not a company who panic or rest on our laurels, we went through our factory and storage areas with a fine-tooth comb and pulled out any clear acrylic sheet, in any thickness we could find. We also utilised other clear sheeting such as Polycarbonate, PETG and Styrene. This allowed us to keep producing in part, whilst waiting for new stock to arrive, our lead times went up a little, but it was still manageable, and we could even service nearly all of our customers.

Although July proved to be a tough month in the factory, there was some good news in the family. Chris, our Operations Director’s, daughter Evelyn was born on the 15th, weighing 6lb 10.5oz. She is also Graham and Jeanette’s Granddaughter, so it was an extraordinary time indeed. 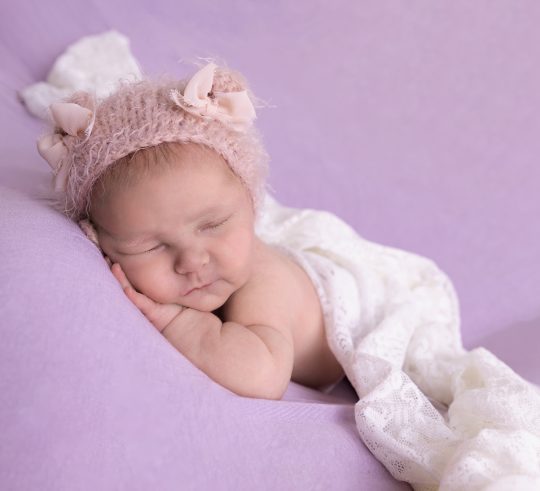 Soon into August and we finally had some time to breathe as the screen orders had slowed down a little. Our suppliers were also catching up, so we began to see more plastic sheeting coming back in stock. Having a few less Perspex Sneeze Screens orders allowed us to get back to doing some more of our typical work. We had several wall-mounted acrylic photo frames for a college in the South West. We also did quite many Perspex splashbacks for a local kitchen company. Finally, probably the most interesting order of the month was for printed plaques for Black Mountain Honey. These plaques are fixed onto a beehive when a company takes out a sponsorship; you can read more about this order on our blog.

September & October the Perspex Sneeze Screens are back:

There was a clamour for more screens in September and October. Most Schools, Colleges and Universities opened back up for the first time since March. Material stock levels were acceptable. We had managed to cut stocks of parts back in August. So we offered lightning-fast lead times, often dispatching orders in just a couple of days.

One of our trade customers started work at several UK airports. Screens were created for security stations, as well as in hospitality and duty-free. GJ Plastics prides itself on building up great trade relationships. This particular customer has been working with us for over 10 years now. They can send us anything from a quick sketch on a scrap of paper to a detailed engineering drawing. We then create Dxf files in our CAD drawing program and cut their screens or Perspex panels exactly to their requirements.

Back in the relentless days of May, June and July, we stopped doing any bespoke screen work. We could only cope with the standard range of screens we had on the website. By November we were able to offer bespoke screens once again. Perspex office dividing screens were becoming ever more important as businesses prepare for returning in the New Year and beyond. A law firm in Cheadle asked us to come up with Perspex dividing screens to ensure each team member was in their own little pod. Graham, our Managing Director, created a range of 3D printed brackets that are used in conjunction with 4mm Perspex acrylic to make a versatile office divider system. Another bonus of these divider screens is that it helps with soundproofing. 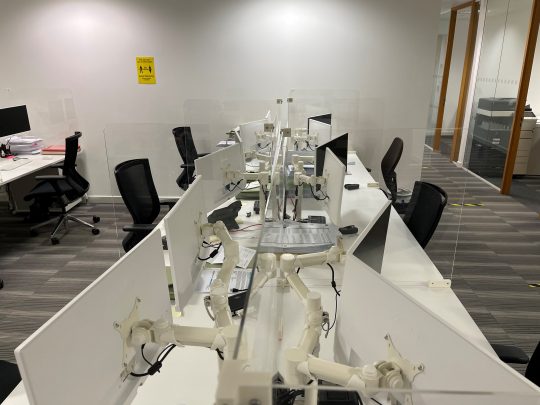 2 local chemists have also used this same system. We measured up their counter units and designed the Perspex Sneeze Screens, including a curved piece, manufactured and installed in less than 2 weeks. 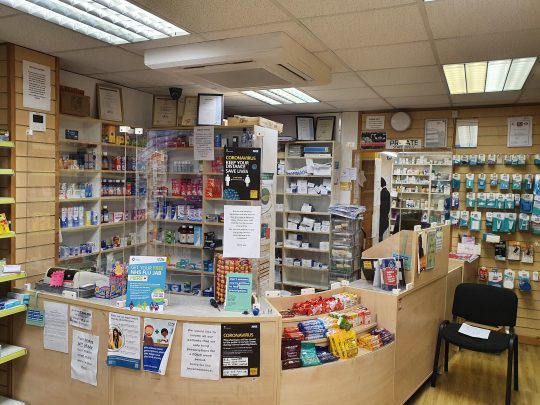 2020 has definitely been a year most of want to forget, and we are longing for a return to some “normality” Whilst we have been blessed with staying busy with screens, we have lost a huge amount of our print work. We will more than likely finish the year slightly up. So we certainly can’t complain and are luckier than a lot of small businesses out there. Everyone has had to make sacrifices and changes, be that emotionally or financially. My heart goes out to the victims and families who have succumbed to this horrible virus.

In typical British fashion, we have adapted and evolved as a nation. With the first vaccines being administered this month, there is a light at the end of the tunnel. Hopefully, in less than 12 months, we can look back on 2020 and are just glad we made it through to the other side and look forward to the future.

Perspex Acrylic Plinths and their uses

Our factory and office will be closed from 12 noon on 23rd December and will reopen 8am Monday 4th January...

One of the most common questions we get asked is the difference between RGB and CMYK. Having an understanding of...

Read More >
For exclusive offers & discounts, sign up to our email newsletter